THOM GAMBINO and The UMANO Orchestra 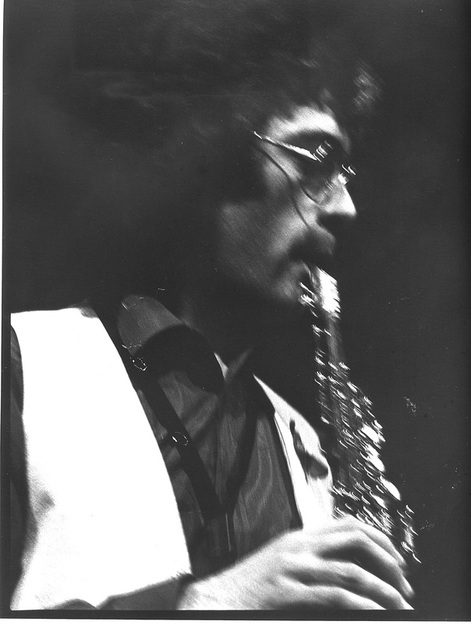 
In March of 1968, three months after arriving in New York City, I held my first demo recording session at Nola Studios in the Steinway Building on 57th St. I was 25.
Bob Krolik, my new neighbor in Queens and a fellow saxophonist, worked as a sound engineer at Nola's. He told me later that Nola Studio was the same place where Elvis Presley rehearsed on the day before his big TV break on the “Ed Sullivan Show.”
I used Jim DeSalvo on piano, the late, great Harry Shields on trombone, plus a bassist and drummer whose names I can’t remember. We all had never met before as a group, and therefore had never rehearsed before this recording. I had known Harry Shields for about a month and had only played with him once.
Bob arranged for us to have a one-hour session, enough time for one cold run-through and one take of each tune. We recorded my compositions “Kim’s in Town” (I played flute on this ballad I wrote while I was playing in Cleveland on the day Kim was born in Trenton) and “Michael’s Cichael," written for my youngest son. I played alto sax on this tune. Both songs were laced with chord progressions I created during lessons with the great Phil Woods.
There are a few errors on the recordings, but there was no time to correct them. Instead I view this effort with affection, because it was my first opportunity to record with New York musicians, and a chance to gauge just how much hard work I had to do to live up to this great city's musical standards.
I had also written a tune called “Marc Time,"  but, since I experimented with 5/4 in writing it, we didn’t have time to rehearse and record it. I lost my only paper copy of that tune later and I couldn’t remember how it sounded. I kvetch over that loss to this day.
Many composers regard their compositions as their “children.” In this case, these tunes were my “children” about my children. Hah!